‘To further women’s advancement, we need to radically change our approach’ 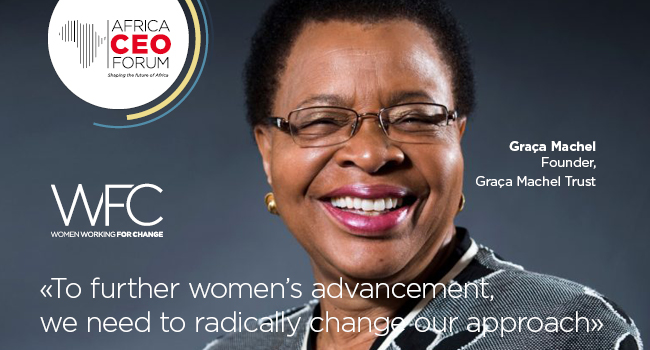 What kind of impact is the current crisis having on society, and women in particular?
There is a growing gap between urban and rural populations. In rural areas, schools are shut down. Yet, for millions of women and children, there are no alternatives to in-person education because they lack electricity, computer equipment, an internet connection for remote learning, etc. Low-income neighbourhoods in big cities are also facing these kinds of problems, which points to a different sort of gap, one of inequality within cities. We need to resolve these structural inequality and social rights issues quickly, especially if we want to help women, as they are all too often the first to be affected by such realities.

What do you think should be done?

Major crises like this one create a lot of opportunities. To further women’s advancement, it’s time to radically change our approach and discard any strategies that have already failed. It’s hard to control everything everywhere at the exact same time. So, we’d do better to select a few countries and set out concrete objectives for women’s socioeconomic progress. This should be done in clearly defined sectors such as mining, construction, education and the public sector. The next step is to determine action targets and establish a timeline for their implementation while mobilising social activists, corporate actors and political leaders. General recommendations aren’t going to cut it.

What barriers continue to stand in the way of gender equality?
There are still a lot of them, starting with the psychological barriers men experience. But women have them, too, and sadly some feel they can’t break the glass ceiling and get the senior positions they want. But they can! We have to break down these barriers one by one. That demands concrete action and is exactly the approach I took in Mozambique with my team, in partnership with UNICEF, in the area of girls’ primary education. We need accurate data to identify stumbling blocks, including those within families, and find the right course of action.

And in the corporate world?

The same approach applies. We have to define specific indicators to know how to achieve our goal of equality: what is the proportion of women in management bodies, boards of directors and leadership roles at all levels? I was successful in doing this in Kenya, where we put every major company to the test. We showed them that it was in their best interest, including performance-wise, to change. We even recommended certain female executives to them. It was a very concrete approach. Once again, generalities just don’t get the job done. We can also build on the best practices of companies like Ecobank Group, which has been successful in promoting women on a massive scale, and we can ensure that others learn from this type of initiative.

We have to do more than just set objectives; we have to show people how to achieve them within a given time frame. I know that women are ready. What I tell young women, especially those in the business world, is that you have the skills, so don’t be afraid to use them.